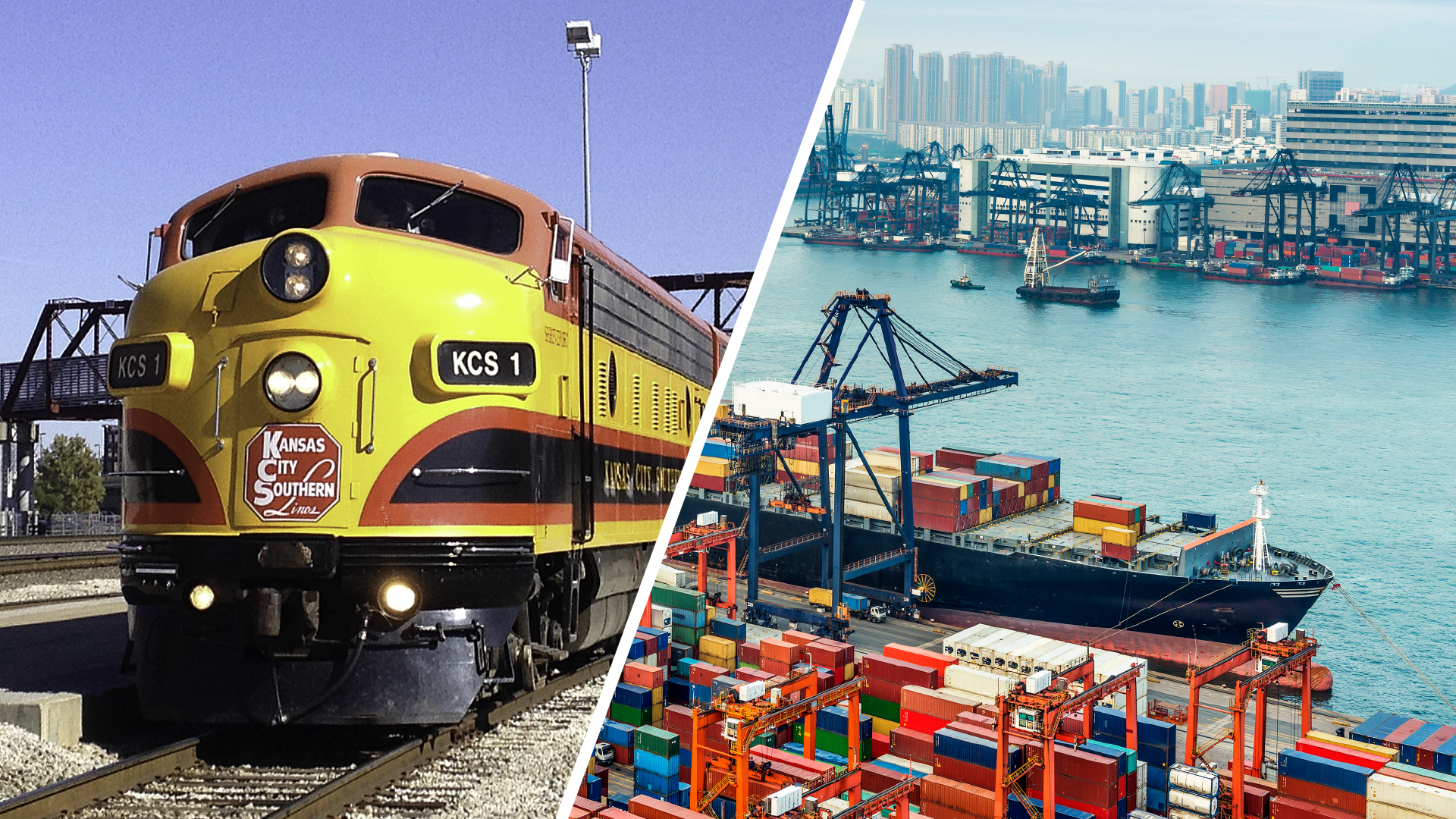 The proposed $29 billion merger between Canadian Pacific (NYSE: CP) and Kansas City Southern (NYSE: KSU) aims to capitalize on an expected increase in the flow of trade among the U.S., Canada and Mexico.

The merger would create the first company with a rail network spanning all three countries and enhance the facilitation of the movement of goods across the three nations.

“The new competition we will inject into the North American transportation market cannot happen soon enough, as the new United States-Mexico-Canada Agreement (USMCA) trade agreement among these three countries makes the efficient integration of the continent’s supply chains more important than ever before,” Keith Creel, CP president and CEO, said in a statement announcing the proposed merger.

One of KCS’ major projects was the completion of part of a 12.11-mile double-track line that connects Mexico’s port of Veracruz on the Gulf of Mexico.

“This new rail infrastructure is anticipated to make the port more competitive and productive for imports from the U.S., South America and Europe,” Carlson said. “The project was completed in coordination with the Integral Port Administration of Veracruz (APIVER) to improve rail and ship asset utilization, efficiency and connectivity. Before the bypass, KCSM did not have direct access into the Port of Veracruz.”

The 12.11-mile rail connection starts at KCSM’s Santa Fe connection point in the state of Veracruz, which is already covered by the company’s rail network, and extends to the expanded Port of Veracruz.

The Mexican government invested over $19 million to build two new terminals at the Port of Veracruz last year. Veracruz is a key strategic point for trade on Mexico’s east coast as well as the largest seaport located near Mexico City.

“KCSM’s new rail connection is part of a large expansion carried out by the [Veracruz] port authority, including the construction of new intermodal, refined products, grain, automotive and general merchandise terminals,” Carlson said. “Direct access into the new terminal complex will allow KCSM to grow its business between central Mexico and the historically important port of Veracruz.”

Carlson said KCS will continue to focus on more capacity projects during 2021, including beginning construction on a second international rail bridge at the Laredo, Texas-Nuevo Laredo, Mexico, border crossing.

After dipping in late February from the winter storm, Laredo outbound domestic intermodal volume (ORAILDOM.LRD) have risen above year-ago levels.

KCS’ route through Laredo connects to Mexico City as well as the ports Veracruz, Tampico and Lazaro Cardenas.

“Today, KCS processes an average of 26 trains in a 24-hour period. Adding the second bridge will enable the Laredo gateway to accommodate 65 to 80 trains per day,” Carlson said. “KCS continues working with relevant government entities on permitting while doing preliminary design work toward a second cross-border bridge at Laredo.”

“We simply outgrew our old location. We were spread out amongst multiple buildings and this move allows us to merge our facilities into a single location in Laredo,” Mike Hofmann, COO of Palliser, said in a release.

Palliser Furniture is based in Winnipeg, Canada. The company has operations in Canada, the U.S. and Mexico and employs more than 2,000 people.

Palliser’s new building is located on 20 acres just off Interstate 35 and about 10 miles from the World Trade Bridge. It was developed by Humphrey Development, a new branch of Gontor Group, an international trade company primarily providing customs and logistics services in North America.

“Our vision was to be ready for a tsunami of logistics operations that the Laredo corridor will experience in the next couple years because of the updated United States-Mexico-Canada Agreement,” Alejandro Gonzalez, COO of Humphrey Development, said. “We envisioned a need for a new real estate development in the area that could service multinational companies.”

The addition of the Phoenix terminal and the relocation of the Poteau, Oklahoma, staff to Fort Smith will allow the company to expand its transportation services, according to company officials.

“We are excited to offer additional shipping solutions into the Southwest by way of our new Phoenix location,” Chad Marsilio, COO of PGT, said in a release.

The Phoenix terminal is located near the Phoenix Sky Harbor International Airport at 2625 E. Air Lane.

PGT Trucking, founded in 1981, is based in Aliquippa, Pennsylvania. The multiservice transportation firm offers flatbed, dedicated, international and specialized services.

The first case occurred March 18 at Laredo’s World Trade Bridge cargo facility. CBP officers were checking a tractor hauling a shipment of multipurpose rock panel paste from Mexico. The officers discovered four containers with 48.58 pounds of alleged methamphetamine inside. The narcotics have an estimated street value of $971,787.

The second seizure occurred March 19 also at the World Trade Bridge. Officers checking a tractor-trailer manifesting a fiberglass decorative figure from Mexico discovered 23 pounds of alleged methamphetamine. The narcotics had an estimated street value of $451,502.

The narcotics have a combined street value of $1.4 million.

CBP seized the narcotics and the cases were turned over to Homeland Security Investigations.