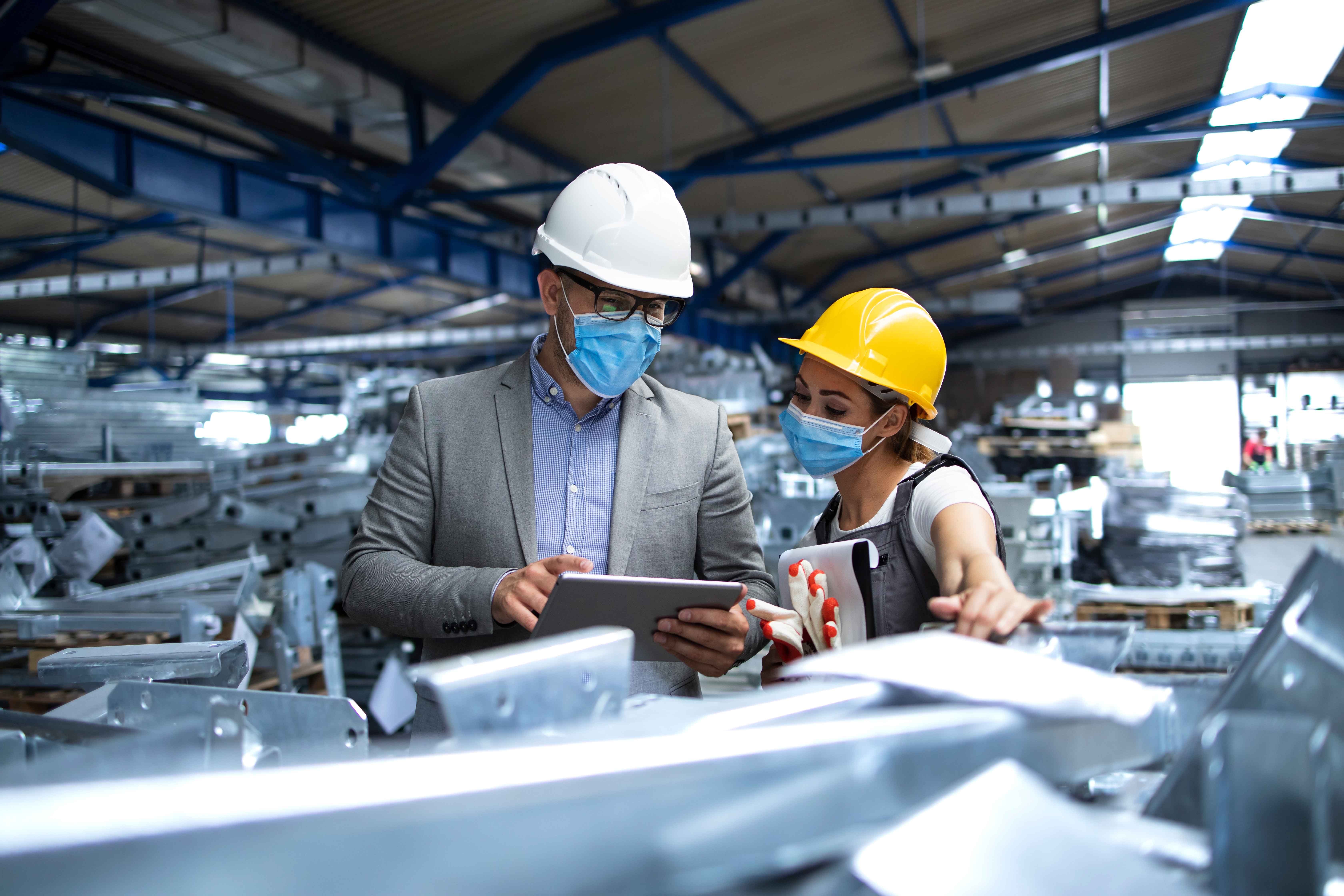 According to Transport Topics:

A trade war with China and the disruptive effects of the COVID-19 pandemic have U.S. companies starting to question a decades-old strategy of shifting manufacturing operations to low-cost labor markets in China and other Asian nations.

Some are starting to invest in expanding or building new factories in the U.S. and its nearby trade partners, Mexico and Canada. Such moves are known as reshoring — for the U.S. — and nearshoring in Mexico and Canada. If the trend accelerates, it would create a domestic manufacturing boom and alter trucking routes, shifting some import-centric traffic from Southern California’s massive port complex to manufacturing hubs across the U.S., according to analysts.

A June survey by Thomas, a New York-based industrial sourcing platform, found that 69% of businesses said they are “likely” to “extremely likely” to reshore operations to bolster their supply chains — up from 54% in a previous survey in February, just before the pandemic took hold.

“The pandemic and trade disputes have together spurred U.S. sellers of manufactured goods to look at and act on reshoring and nearshoring and multishoring because the most prevalent model of single-sourcing from China was severely challenged,” Michael Zimmerman, lead partner for analytics at Kearney, an international consulting firm, told Transport Topics.

But the changes won’t be universal.

“Some industries or capabilities may be gone for good or may only come back partially because foreign sources have too much of a comparative advantage, but others are now seen in a better light for more localized sourcing,” Zimmerman said.

The expectation is that more companies will follow the example of Schneider Electric. The Boston-based company said in November that it will spend $40 million investing in automation and what it calls “smart manufacturing” tools at plants in Iowa, Kentucky, Nebraska and Texas to “safeguard” its supply chain. It will add 130 jobs in 2021.

“We now have the technology and resources available to expand and efficiently produce more locally,” said Annette Clayton, CEO of Schneider Electric North America. “By modernizing and localizing our operations, we can better serve our customers and minimize the risk of interruption when we face the challenges of global economic changes.”

C.H. Robinson has found that most companies moving operations to North America or expanding manufacturing in the region already have a presence here.

“As you would expect, transitioning entire projects, production lines or volume increases is a much smoother and quicker process if you already have ongoing production,” Carlos Tamayo Barron, managing director of global forwarding for C.H. Robinson, told Transport Topics. “However, there are still several players who have looked into reshoring or nearshoring even if they don’t currently have a presence in North America.”

C.H. Robinson ranks No. 7 on the Transport Topics Top 50 list of the largest logistics companies in North America.

Other logistics providers and motor carriers also are watching the trend, looking for business opportunities.

“We’re in early conversations with our customers and expect the trend to re-evaluate sourcing options will continue in the current environment,” said Ashfaque Chowdhury, president of supply chain for the Americas and Asia Pacific at XPO Logistics.

XPO ranks No. 1 on the TT Top 50 logistics list and No. 3 on the Transport Topics Top 100 list of the largest for-hire carriers.

“This is an opportunity for us both in our North American and European contract logistics business,” he said.

One of the first signs of meaningful reshoring would be a change in container volumes at Southern California’s port complex, where there is a significant trade imbalance. The Port of Long Beach, for example, accepted about three times the number of loaded containers that it exported in 2020. That gap would narrow if increased manufacturing in the U.S., Mexico and Canada trade zone replaces imports.

Reshoring also would increase the number of freight moves within the U.S., Jindel said.

“You will have trucks moving raw material to the manufacturing plants, and partly finished goods moving from one factory to another for assembly,” he said. “Motor carriers have to be prepared to add extra capacity as they start to see changes in shipment volumes and characteristics.”

Freight lanes would decline in length as materials and goods moving back and forth travel 200 to 800 miles rather than long routes east from Southern California, Jindel said.

Although the pandemic and trade war may serve as catalysts, structural shifts in labor and other costs associated with Chinese trade will encourage U.S. manufacturing growth, said Scott Davis, CEO of Melius Research, a New York equity research and consulting firm.

The gap in manufacturing labor rates between China and the U.S. has narrowed as wages in the Asian export hub have risen and factory pay has declined in the U.S., Davis said.

If a U.S. company can make a product with half the workforce of a Chinese company, a business case develops for domestic manufacturing, he said. Factory automation is strengthening that case.

“But wage rates tell just a part of the story. You have to include shipping costs for exports, tariffs and time delays for transport,” Davis said.

And there are other factors. Shorter supply chains are better able to meet consumer expectations of fast and one-day deliveries. Quality control is better in the U.S., so companies experience fewer warranty claims and expenses. When a product is made closer to its end market, it also mitigates the environmental impact, an increasing consumer concern.

“The more the things are shipped, the bigger the carbon footprint,” Davis said.

But some analysts are skeptical that the U.S. is about to see a significant manufacturing rebound.

“Manufacturing microwave ovens isn’t coming back to the U.S. We are not good at doing low-margin commodities,” said Willy Shih, a Harvard professor and manufacturing expert.

Shih pointed to record volume in the transpacific shipping lanes, much of it fueling the e-commerce boom that has accompanied the COVID-19 pandemic.

November container volume at the Port of Long Beach hit a record 783,523 20-foot equivalent units of container cargo, a 30.6% increase over the same period a year earlier. The adjacent Port of Los Angeles posted the busiest month in its 114-year history in October, according to DAT Freight and Analytics.

“We have built so much infrastructure around these trade lanes to make them efficient,” Shih said.

Although both the U.S.-China trade war and the pandemic could be seen as so-called “black swan” events that would launch reshoring and nearshoring booms, similar disruptions such as the 2008 financial crisis, the 2011 tsunami in Japan and massive floods in Thailand that same year didn’t bolster U.S. manufacturing, Shih noted.

“None of this is going to happen overnight,” he said. “The companies that I work with tell me it will take 10 years to get to where they want to be — building duplicative supply chains so that they can put less stuff on boats.”