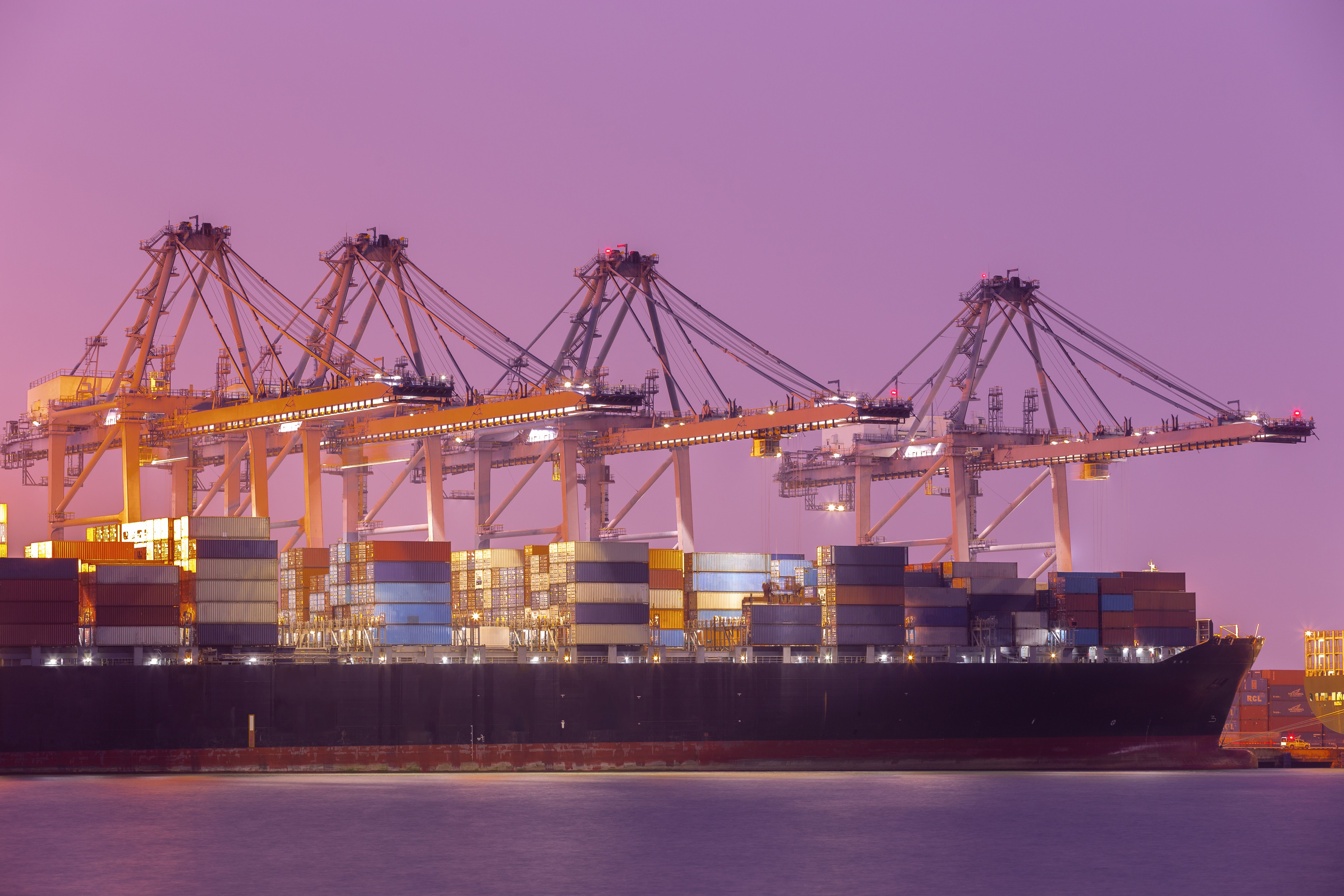 The Federal Maritime Commission (FMC) is reacting to the growing chorus of complaints and protests about operations at the ports of Long Beach, Los Angeles and New York/New Jersey by launching an expansion of an existing fact-finding mission.

The FMC on Thursday approved a supplement order that allows an expansion of an earlier order from the spring, International Ocean Transportation Supply Chain Engagement. The order specifically allows FMC Commissioner Rebecca Dye to investigate ocean carriers that are operating in alliances.

The announcement by the FMC comes a few days after a coalition led by the Harbor Trucking Association (HTA), the trade group representing the drayage industry in Southern California, called on the FMC to investigate the Long Beach and LA ports, with particular emphasis put on alliances.

The alliances allow two or more ocean carriers to get together and share some operations, but HTA is criticizing them for aggravating an imbalance between locations for container pickups and dropoffs. That cuts down on the number of dual transactions, in which a dropoff and pickup are done at the same location and at the same time. In turn, that creates delays that, when fueled by record import volumes, can result in big demurrage and detention charges against the drayage companies.

“The expanded commission investigation will seek to determine if the policies and practices of those shipping companies related to detention and demurrage, container return and container availability for U.S. export cargoes violate 46 U.S.C. 41102(c),” the FMC said in a statement.

That law, among other sections, includes a clause entitled “Practices in Handling Property.” It says that various players in the port supply chain, like a common carrier, must “establish, observe and enforce just and reasonable regulations” in handling property, such as containers.

Demurrage and detention charges have soared at the Southern California ports, in part because containers can’t always be returned when the drayage company wants them to and appointments have been difficult to get. In the press conference earlier this week, HTA CEO Weston LaBar referred to the problem as being similar to renting a car, having it scheduled for return on a Monday and then being told by the rental car agency that the driver couldn’t return it until Wednesday. Not only that, they’d get charged for it as well during that time.

The surge in imports into the port has also caused a squeeze on chassis supplies.

“The time has come to resolve the most serious impediments to port performance,” Dye said in a prepared statement. “The potentially unreasonable practices of carriers and marine terminals regarding container return, export containers and demurrage and detention charges in the ports of Los Angeles, Long Beach and New York/New Jersey present a serious risk to the ability of the United States to handle trade growth.”

Although Dye’s statement did not refer to the Interpretive Rule, that regulation passed earlier this year does deal with questions on how to regulate detention and demurrage in connection with the steady flow of containers in and out of ports.

The HTA, which has been pushing the issue across its coalition, said it “applauds” the FMC decision. And it took aim at the shipping companies, specifically calling out “foreign-owned” firms.

“The carriers have no one to blame but themselves,” LaBar said, speaking for the HTA. “This has been a hot issue of debate for six years, and following a four-year investigation, the FMC issued their Interpretive Rule outlining what they believe are reasonable business practices. The ocean carriers decided to do nothing. In fact, they raised the detention fees on American truckers. This is only the beginning. It’s time to fix this broken system.”

“There are reports that some carriers are threatening high charges for failure to return empty containers on time, even in cases where congestion has made it difficult or impossible to do so,” he said in the statement. “I fear there are too many in the industry who may be ignoring the principles set out in the Interpretive Rule when it comes to levying detention and demurrage charges.”

The HTA, along with the California Trucking Association, had earlier put out a sort of “call to action,” raising the issue of high demurrage/detention fees, the lack of dual transactions and calling on the shipping community to do something about it. Maersk is the only company to have publicly stepped forward in response to that. During the press conference earlier this week, LaBar said no other companies had done so privately.

The port of LA’s executive director Gene Seroka earlier this week discussed steps his agency was taking to improve “fluidity.”

While the earlier requests by HTA and its coalition partners focused on the Southern California ports, Dye’s order on an expanded fact-finding effort brings in the Port of New York and New Jersey.

“The commission now has a clear and compelling responsibility to investigate the practices and regulations that are having an unprecedented negative impact on congestion and amplifying bottlenecks at these ports and other points in the nation’s supply chain,” the FMC said in the formal supplemental order it published. “This is a serious risk to the growth of the U.S. economy, job growth and to our nation’s competitive position in the world.”

While Maffei did issue a statement of support, he suggested that more steps might be necessary. It may be, he said, that what comes out of the fact-finding mission isn’t enough.

He mentions the issue with dual transactions and “increasing reports that the delays and congestion problems are being exacerbated by carrier demands that a container, once emptied, be returned to a different location from that where it was obtained.” Maffei said it was “imperative” the commission look into that issue.

Maffei also said the commission needs to look at reports of a tight supply of containers to export chemical and agricultural products. “We have a responsibility to ensure that carriers do not limit the containers for U.S. exports in a way that is inconsistent with the Shipping Act and other U.S. laws,” he said in his statement.