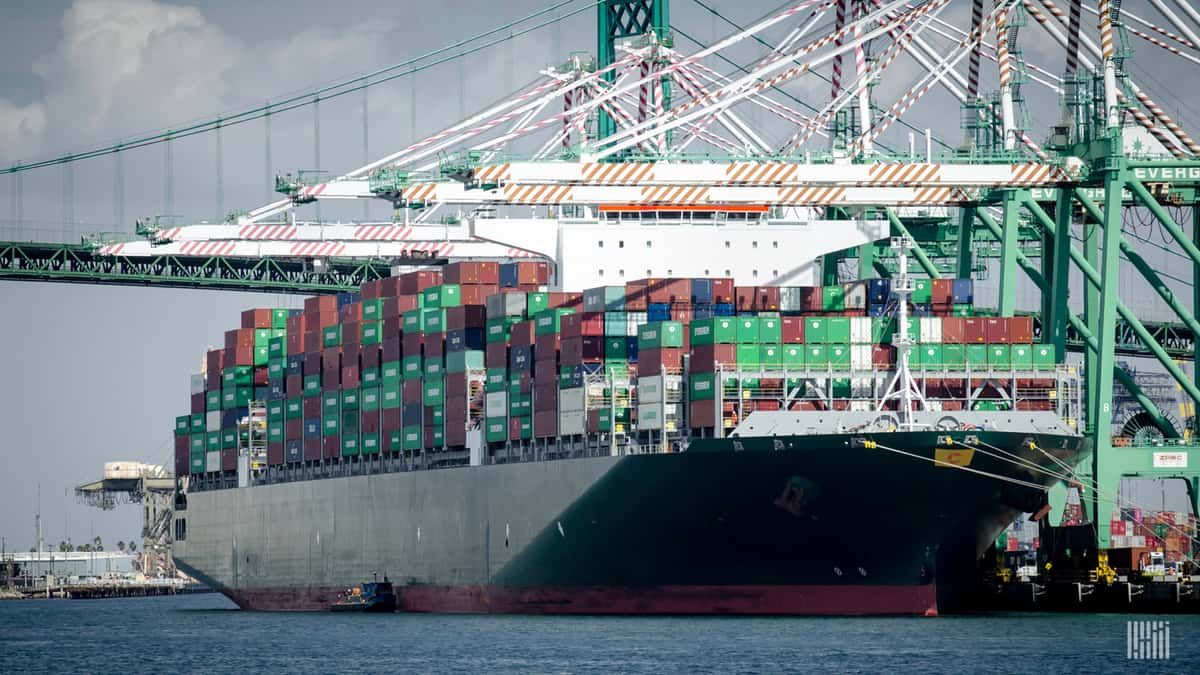 Container rate records are shattered as US imports surge

According to freight waves, Just how high can Asia-U.S. West Coast spot rates go? They blew past $3,000 per forty-foot equivalent unit (FEU) in early August and have been climbing ever since. They’ve just topped $3,700. Can they reach $4,000?

No one predicted that the container industry would be doing this well, this quickly.

“We’ve been scratching our heads a lot, trying to figure out why ocean freight prices have climbed so high,” commented Eytan Buchman, chief marketing officer of Freightos, on Wednesday.

The bullish view is that import demand will continue to surprise to the upside. Ocean rates evidence a U.S. economic rebound. COVID erased demand for some products and services, but increased demand for other products. Storefront sales won’t recover, but e-commerce sales will offset storefront losses. Government support will counter shutdown fallout.

The bearish view is that the economic-fallout shoe has yet to drop. Demand for ocean container transport is being temporarily juiced by the tail end of waning government support, a switch to higher inventory levels — for both defensive and e-commerce reasons — and by bookings brought forward ahead of Chinese Golden Week (Oct. 1-7).

“I find it difficult to see this situation as a permanent stable reversal given the underlying economic issues from the pandemic,” opined Lars Jensen, CEO of SeaIntelligence Consulting. He foresees “another dip for container-shipping volumes” before “getting back on a more permanent upturn.”

According to Buchman, “Demand for ocean freight out of China is still outpacing supply [although] some of the current demand can be attributed to pre-loading ahead of the [Golden Week] break.

“The surge in volumes is leading to equipment shortages in Asia.” he continued. “Some shippers are paying premiums on top of spiking rates to guarantee containers and space. The imbalance is also putting pressure on overwhelmed U.S. ports and importers to process and return empty containers quickly.”

FreightWaves Maritime Expert Henry Byers believes volumes have peaked. “From here, volume will remain on a relatively stable decline through the end of year,” he predicted.

According to Alphaliner, “The recent surge in spot rates from Shanghai to California … has made this route the most lucrative for carriers for exports out of China.”

Alphaliner combined the SCFI numbers with a distance calculator to determine earnings per nautical mile for each route out of China. Shanghai-California came in at 65 cents per nautical mile, Shanghai-New York 43 cents and Shanghai-Antwerp just 20 cents.

“The fact that earnings per nautical mile are more than three times as high on the Asia-USWC [U.S. West Coast] route [versus Asia-North Europe] is remarkable, as carriers need less resources on a shorter trade,” said Alphaliner.

“A typical Far East-North Europe service requires … 12 ships, whereas six ships are sufficient for a Trans-Pacific Southwest [U.S.] loop,” it noted, attributing the rate disparity to “very strong cargo demand on the trans-Pacific.”

When coronavirus pummeled import demand in the second quarter, carriers reduced sailings. Carriers idled ships and let charters expire. They booked new charters at much lower rates. Now, carriers are scrambling to lease in as much as tonnage as they can — and they’re paying up for it.

The inactive fleet peaked at over 12% of the total fleet in late May. According to Alpahliner, it was down to just 3.4% as of Aug. 31.

Simultaneously, “the charter market continues its rapid recovery, with charter rates in many cases back to or higher than their pre-COVID-19 level,” said Alphaliner.

This should be welcome news for U.S.-listed container-ship leasing companies such as Costamare (NYSE: CMRE), Global Ship Lease (NYSE: GSL) and Danaos Corp. (NYSE: DAC), although their shares have yet to bounce.